EMERGENCY ALERT STAGE 1 Water Use Restrictions In Effect Read On...

On June 4, 2011, Aina Blake cut the ceremonial ribbon on the much-anticipated Universal City Dog Park, and officially let the park go to the dogs! The park, conveniently located next to the Universal City Animal Care & Control facility at 134 Athenian Drive, is the only dog park in the Metrocom area.

For the 18 months leading up to the opening, the Dog Park Committee held numerous fundraising events, and Parks Partners matched the amounts raised. Phase I of the park included fencing, water stations for the dogs, water fountains for human visitors, trash receptacles, and much-needed shade structures. Lowe's Home Improvement in Schertz donated a wooden playhouse, which is now located in the center of the park, and Dave Middlestat, a Lowe's employee, built the structure. Shade Pro provided the committee with a tremendous discount on the purchase of the shade structures, and numerous businesses provided discounts, gift cards and materials toward items needed to complete the park. The City, the Dog Park Committee and the doggies appreciate all the support! 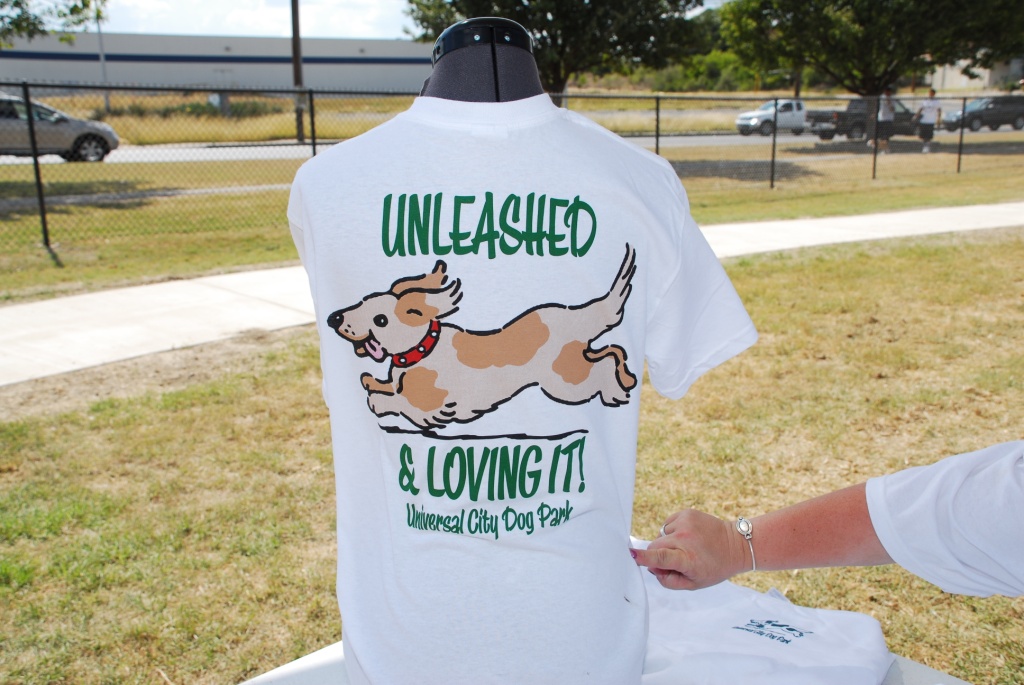